Women will be watching 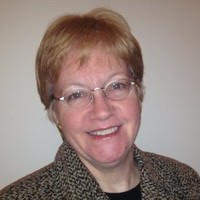 I get called a “radical” now and again. That is, I call for big change and grow frustrated with incremental change. But my radical tendencies pale compared to those of U.S. Supreme Court Justice Samuel Alito.

The historic decision in Dobbs v Jackson Women’s Health Organization radically wiped out any constitutional right to an abortion by overturning almost 50 years of legal precedent.

The Dobbs decision really rides on one basic argument. Alito’s guiding principle is that a right to an abortion cannot specifically be found in the Constitution. He adheres to a legal philosophy known as “original intent,” which involves scrutinizing the Founding Fathers’ exact language in the context of their time in history to determine the scope of rights protected in our contemporary world.

Alito and the concurring judges indulge in a waltz down history looking for a sense of how white, wealthy guys in 1787 felt about women, families, marriage, contraceptives and bodily autonomy.

So under Dobbs, if a document written in 1787 can’t be clearly read to preserve a specific right, then it isn’t protected in 2022. Privacy and liberty is only defined as the privacy and liberty expected by guys who lived before lightbulbs were patented in 1874. Before microchips could be imagined. When our Constitution was written, women had no rights and were considered chattel – owned first by our fathers and then our husbands.

The day before the Dobbs decision was officially published, the same U.S. Supreme Court aggressively asserted that there is embedded in the Constitution an absolute right to carry a gun without limits or restrictions under state law. Huh. Hey folks, in 1787 this could only have referred to powder muskets that shot one lead ball at a time, between a laborious reloading process. Bullets were not even invented in 1787 much less semi-automatic or automatic assault weapons. The basic revolver didn’t come along until 1831. A Paris gunsmith patented the first cartridge, fired by the blow of a gun’s hammer, in 1847.

By the Court’s reasoning in Dobbs, the only “right to bear arms” that is protected by the U.S. Constitution would apply to muskets that don’t fire bullets. The founding fathers did not and could not imagine the guns and cartridge magazines we have today.

But consistency is not a controlling principle when it comes to the pursuit of a conservative Republican agenda by Justice Alito, Justice Clarence Thomas and their other Republican-appointed colleagues.

This decision – using this strange return to the 18th century – makes women non-entities with no control over their bodies from the moment of fertilization. Judge Alito’s narrow interpretation of liberty and privacy creates a blueprint for attacks on contraceptive access, marriage equity and personal health decision-making. The impact is shocking. In fact, reading the decision, it is unclear if any action that might interfere with fertilization is at risk. Condoms were invented in 1855. Under the logic of the Dobbs decision, states could ban condoms. Privacy of the bedroom? Not so much.

Most alarming, the decision openly calls for a future reconsideration of additional personal and privacy rights concerning contraception:

“Our opinion is not based on any view about if and when prenatal life is entitled to any of the rights enjoyed after birth. The dissent, by contrast, would impose on the people a particular theory about when the rights of personhood begin. According to the dissent, the Constitution requires the States to regard a fetus as lacking even the most basic human right—to live—at least until an arbitrary point in a pregnancy has passed. Nothing in the Constitution or in our Nation’s legal traditions authorizes the Court to adopt that ‘theory of life.’”

Health care and personal rights are now political footballs as never before.

Policymakers may want to consider how they kick this football. Dobbs is a catalyzing moment for a diverse national movement to defend liberty, privacy and individual autonomy. For many women it is a moment of passion and grit. It is a turning point for women’s health equity. Women who are poor could be forced into parenthood before they are ready. Rich women will travel to states that protect reproductive rights.

In West Virginia, this movement is already demanding the repeal of an old law, WV code 61-2-8, that criminalizes abortion. Make no mistake, this law will be nothing more than an excuse for a small number of people to play vigilante and target women and providers. Do our legislators truly want to interfere in women’s and families’ most personal decision in this way? Do they want to drive maternity providers out of our state? Women will be watching.