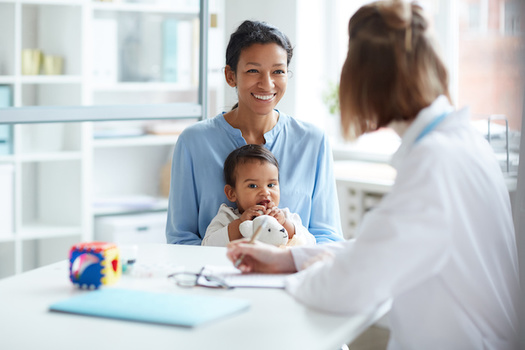 Health advocates say the continuous-coverage provision in the Build Back Better Act - which has hit a dead end in Congress - would benefit West Virginia's kids by ensuring they receive regular checkups and developmental screenings, no matter where they live.

Julianne Yacovone - child health director for West Virginians for Affordable Healthcare - pointed out that kids have year-round health needs, even if their parents' income or employer-sponsored coverage fluctuates.

"They will be covered for a year without being removed, without their health insurance being questioned," said Yacovone. "This is really, really reassuring to West Virginia parents, who will not have to be stressed or worried that their kids won't have access to the health care that they need."

Sen. Joe Manchin - D-W.Va. - struck down the legislation due to concerns about its $1.75 trillion price tag, rising inflation and the national debt. However, lawmakers say the House-passed version of the bill could be pared down and further revised until it gains the support needed to become law.

Yacovone said the legislation also would permanently restore funding for the Children's Health Insurance Program or CHIP, which keeps kids covered in households earning less than $45,000 a year.

"We have 200,000 kids on CHIP and Medicaid in West Virginia," said Yacovone. "So if for some reason that federal funding did not come through, it could be really damaging to us as a state. Because we would have to step in with state funds to address any kind of gap that was there."

Joan Alker, executive director of the Georgetown University Center for Children and Families, said the legislation could help reduce the number of uninsured kids nationwide.

"After we saw this troubling reverse in the progress we'd made as a country in reducing the number of uninsured kids - which came to a halt in 2017 and started going in the wrong direction," said Alker, "the Build Back Better bill would really turn that around and start moving the country in the right direction."

The Build Back Better Act also would increase Medicaid and CHIP coverage for people who've given birth, from 60 days to one year postpartum. Experts say that change could help address the nation's maternal mortality crisis. Both programs cover about 43% of U.S. births each year.