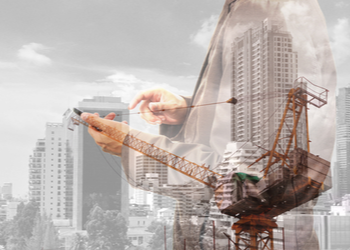 This week it may seem like we saw a setback in the Senate when the vote to move the federal infrastructure package failed.  This is the package of legislation that is moving through Congress to provide funding for “hard” infrastructure – think roads, bridges, water and sewer systems, energy advancements, broadband investments for rural areas, etc.  But the failed vote really wasn’t a defeat at all. Let me explain.

Senate Majority Leader Chuck Schumer brought up a procedural vote as a strategy to push both Republicans and Democrats to work out their differences more quickly.  In fact, Schumer voted against the motion in order to preserve the right to bring it back up next week.  This package is moving through the regular legislative process in the Senate and therefore will need 60 votes to pass - ten Republicans and all Democrats.  There is a group of Republicans and Democrats – including West Virginia Senator Joe Manchin – working to iron out the details.  As always, the sticking points are more about how to pay for the package of investments.  A positive sign is that eleven Republicans signed a letter to Schumer stating that they would support moving forward the week of July 25th.  Senator Manchin said he felt “confident” their effort would have the 60 votes to advance the package by next week.

While the hard infrastructure package is being debated and will need to move with 60 votes in the Senate, the package of so-called “soft” supports for working families is on a different track.  This package will move through the budget resolution and budget reconciliation process that only requires 50 votes in the Senate to pass (all the Democrats).

The “soft” infrastructure package includes our health care priorities—APTCs, expanded Medicare benefits, prescription drug costs, and closing the coverage gap.  We and our allies are hoping Congress will make critical investments to help West Virginia working families that include:

• expansions of the Child Tax Credit and Earned Income Tax Credit that help boost incomes so that work is economically worthwhile.
• expansions of tax credits that make health insurance premiums affordable and programs that open the door for new more affordable options for health insurance coverage.
• expansions of programs to promote housing stability with vouchers that helps families with low incomes pay the rent and keep a roof overhead.
• expansions of nutrition programs, including SNAP, school meals, and WIC (Special Supplemental Nutrition Program for Women, Infants and Children) so that our children and families can afford enough to eat.
• new funding for safe, affordable childcare options for low- and middle-class families’ children.

Right now we can celebrate the proposed $3.5 trillion budget resolution – which is a blueprint for the budget reconciliation process that creates allowable spending targets for different committees but is not itself a law.  While President Biden had outlined proposals that would have cost more than $3.5 trillion, this amount represents a commitment to a larger investment than many expected to see from the Senate.

We sent out an email Action Alert asking you to call Senator Manchin and thank him for expressing support for the $3.5 trillion budget resolution.  We need to make sure he stays the course and continues to support this level of investment in programs that will help West Virginia working families. https://p2a.co/g8azH2M

Our allies at Community Catalyst and the Center on Budget and Policy who are truly experts on Congressional action have told us that “we are well positioned in the reconciliation package” and “things are definitely moving in the right direction.”

• Senator Sanders quoted: “We’re going to have to work out the details, but there is money in there to do just that.  We think that it is unacceptable that some of the poorest people in this country live in states which have denied them Medicaid.”
• Speaker Pelosi sent a letter to colleagues outlining contours of a deal. The Senate budget will contain many of House Democrats’ top priorities, including transformative action on the investments needed to confront the climate crisis, to transform the care economy, and to expand access to healthcare with enhancements to ACA, Medicare, and closing the Medicaid coverage gap.

So what is happening now?

Even as I write this, the Committees with jurisdiction over issues we care about are having intensive conversations about what exact policies they will move forward within the framework of the $3.5 trillion budget.  We know that staff are putting details on paper right NOW.  This process of working out the actual legislative language and details will be ongoing through August. We must keep sending messages that our priorities must remain in the mix.

We are seeing some details come into focus (see here from the Washington Post). We know that these items are on the table:

• Adding a new Dental, Vision, and Hearing benefit to Medicare
• Home and Community-Based Services expansion
• Extend the Affordable Care Act Premium Tax Credit Enhancement that was in the American Rescue Act but will expire at the end of 2022
• Close the Medicaid “Coverage Gap” in the States that refused to expand
• Reduce patient spending on prescription drugs – including Rx price negotiation in Medicare

It is all definitely exciting!

BUT let me close with this reality check from our colleague Jessie Zimmerer, Campaign Manager, Community Catalyst:

“As we’ve seen many times before, in order to keep things moving in the right direction, and keep them from unraveling in the process, we have to advocate hard, mobilize hard, and never let up on outreach to members until the last vote is cast.”