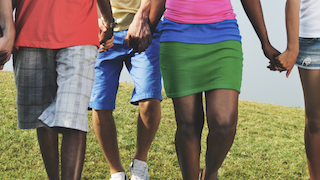 Folks are hearing more about the procedural process – budget recon something-or-other – than about the actual proposed programs.  (Just one example: see CBS News).

But the debate in Congress is not really about process.

We need to remind Senator Manchin what is truly at stake in the debate.

What would he want to cut to protect tax breaks for rich and big corporations?

You can bet that big corporations are knocking on Senator Manchin’s door.

We must be louder!

Moderate Democrats like Senator Manchin want every investment fully paid for – that means Congress must be bold in demanding the rich and big corporations start paying their fair share. While protecting anyone making less than $400,000 a year from any tax increase.

Senator Manchin has started to talk about "the size of the package as being too large" without getting into specifics on whether he would cut health care, childcare, housing, higher education, child tax credits or other programs hard-working, struggling families need.

Senator Manchin, a critical vote in the Senate, said he has "serious concerns" about passing this critical help for working West Virginians.  Say what?

A new letter from dozens of economists calls for passage of the Build Back Better package, stating:

Here’s the bottom line: for decades, the United States has suffered from underinvestment in our communities, families, workers, and small businesses — weaknesses and inequities in the economy — especially in communities of color — that were made painfully clear during the COVID pandemic. Now is the time to address these issues by investing in America and Americans through the Bipartisan Infrastructure Deal and the Build Back Better agenda, which will create jobs, lower costs for middle-class families, and create long-term growth for our economy.