Offering a toast to the Affordable Care Act 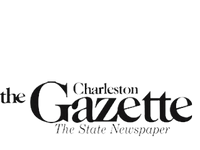 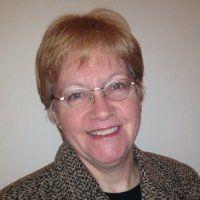 Twelve years ago in March, Congress passed the Affordable Care Act, or “Obama Care," and I raise a toast to this law.

The good news is that the existence of this law is now taken for granted; that is, the fights over repeal seem to have faded away. But the positive effect on West Virginia continues, as illustrated by a few statistics and two quick stories.

The ACA gave West Virginia and other states the option to expand Medicaid. Our state moved quickly to expand coverage to low-income adults with a household income up to 138% of the poverty level, $18,754 annual income for a single adult. Many of these adults have jobs but no employer-sponsored health insurance.

Thanks to the ACA Medicaid expansion, more than 200,000 West Virginians gained access to quality, affordable health care. According to U.S. Census data, the state’s uninsured rate was 14% in 2013 and had fallen to 5.3% by 2016. (It did increase to 6.7% by 2019, however, mirroring the nationwide trend of increasing uninsured rates under the Trump administration.)

It is worth highlighting that the ACA Medicaid expansion has played a critical role in our state’s fight against opioid addiction, providing tens of thousands of West Virginians with treatment for mental health and substance-use disorders. Without the Medicaid expansion, most would have been uninsured and without treatment.

And the federal government pays 90% of the cost of the Medicaid expansion bargain for our state.

Perhaps the ACA reform that is most taken for granted today is the end to “preexisting condition exclusions” in health insurance plans. It was remarkable to watch how this term became part of the general public’s vernacular — perhaps the most significant indication of just how important the elimination of this health insurance company practice was to many people.

Today, under the ACA, health insurance companies cannot refuse coverage or charge these West Virginians more because they have a preexisting condition — that is, a health problem present before new health coverage starts. Health insurers no longer can charge more, or deny or limit coverage, because of a preexisting health condition like asthma, diabetes or cancer.

Flashback to 2008. The story of another Kat (not me) here in the Eastern Panhandle. She and her family were financially stable, until she lost her job and her employer-based health insurance coverage. Kat and her family signed up for Medicaid and CHIP until she secured a new job. But her new employer-based insurance excluded coverage of her husband’s diabetes as a preexisting condition. With her new job, the family income was too high for her husband to stay on Medicaid.

Without health insurance coverage, Kat’s family could not always afford the insulin and supplies needed to control her husband’s severe diabetes. Eventually, the uncontrolled diabetes led to the amputation of half of his leg and the loss of one eye.

Today, under the ACA, Kat’s story would not have this tragic ending. Her husband’s preexisting conditions — including diabetes — would have been covered as soon as her new employer-sponsored health insurance plan went into effect.

Flashback to 2010. This time, the story is my own. After living and working in D.C. for many years, the passage of the ACA opened a door for me to return home to my beloved West Virginia and start up my economic and policy consulting business. The ACA opened that door by giving me — a person with a list of preexisting health conditions — the ability to buy affordable, comprehensive health insurance without huge holes in my coverage.

So, cheers to the Affordable Care Act.