Medicare expansion, “Build Back Better,” may stall over dental benefits 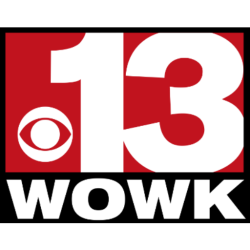 CHARLESTON, WV (WOWK) – The fight continues on Capitol Hill over President Biden’s “Build Back Better” plan. Advocates for senior citizens are trying to add back dental care plans in Medicare. They were included in the original bill, then were stripped out last week. But health care experts say dental problems can lead to more serious medical issues, especially in the Mountain State..

“West Virginia has the highest rate in America for heart attacks and coronary artery disease. It’s number two in the nation for diabetes. It’s number seven for strokes,” said Eric Berger, of The Oral Health Coalition.  Some in Congress support the dental plan, but worry Medicare cannot afford to pay for the benefits right now.

“But no one seems to care about inflation right now. But all this is hurting average people in West Virginia. So, I’ll be fighting for those expansions when we stabilize the trust funds that we have now, that Medicare is dependent upon,” said Sen. Joe Manchin, (D) West Virginia.

“If Medicare would pay for dental care up front, you actually can save Medicare money. You save perhaps the cost of a long hospital stay and treatment where the cost would be much higher,” said Kat Stoll, of West Virginians for Affordable Health Care.

There are also efforts in Congress to expand Medicare to include vision and hearing benefits. And a provision to allow Medicare to negotiate lower drug prices has been added back into the bill, after it was removed last week.

“Negotiations over ‘Build Back Better’ are simply a moving target with benefits being added, or being removed daily. We’ll continue to bring you progress reports every step of the way,” said Mark Curtis, 13 News Chief Political Reporter.