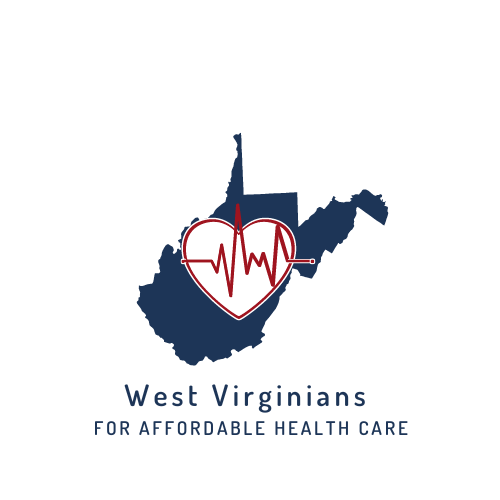 By intelligently tapping into available federal dollars, our state can help West Virginians move up the economic ladder and not see pay increases eaten up by increased health care costs – all at zero new direct costs to the state.

- Removes a Significant Barrier to Work

- Paid for with Federal Dollars

When a worker’s income rises (due to additional hours or a promotion for example), they may lose Medicaid coverage and end up paying more for health insurance than they gain in increased earnings.  If a person’s income rises above Medicaid eligibility (138% of the federal poverty level which is $1,563 a month for an individual and $2,648 for a family of three), they face higher out-of-pocket costs on the state Marketplace.

Ohio County Example:  Mary’s income rises from $1,600 to $1,650 a month.  That $50 bump will mean Mary’s health insurance deductible goes from $0 for Medicaid to $450 for the lowest cost silver plan on the state Marketplace.

When a worker’s income rises from below to above 200% of the federal poverty level ($2,265 a month for an individual and $3,838 for a family of three), they face higher out-of-pocket costs on the state Marketplace.

The Solution:  Smart and Innovative Use of Federal Dollars to Create New More

The Medicaid Buy-in program we propose would direct DHHR to take maximum advantage of all opportunities to use federal dollars to create new more affordable health insurance options for West Virginians.

The state would use a Medicaid Basic Health Plan Option to address the first cliff, an approach also being pursued in Kentucky at this time and implemented in several other states.  Then the state would use an Affordable Care Act 1332 waiver to address the second cliff.  These two components of the proposal create new health insurance options without deductibles, with modest copayments, and no or lower premiums than offered today.

Existing federal funds flowing into West Virginia would cover the cost of providing these new options. Provider reimbursement rates would be higher than Medicaid rates for both components.

Want to Learn More About the Medicaid Buy-in Proposal?

With funding from the Arnold Ventures LLC, The Urban Institute currently is modeling the impact of a Medicaid Buy-in program on available plan options and personal health care costs for West Virginians, the impact on the number of uninsured in the state,  the impact on provider reimbursement rates, the impact (if any) on the state budget, and other impacts.

The Urban Institute is a nationally recognized and respected non-profit, non-partisan research organization that provides data and evidence on policy impact through economic modeling. Experts are committed to following the facts wherever they lead, offering solutions to policy challenges that are rooted in rigorous research and evidence, and free from outside influence.