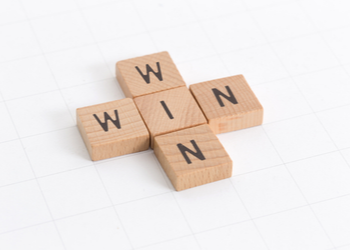 *Beth is a disability rights advocate who formerly served West Virginia as a 911 emergency dispatcher for 28 years. She agreed to speak with us on what would have been her daughter *Amy’s 41st birthday. Beth also requested that we share her story anonymously. Her name, and the names of her daughter and son-in-law have all been changed to protect their privacy.

When Amy was born on the thirteenth of May 1980, she weighed just over four pounds. She came into the world with two holes in her tiny heart, which took multiple surgeries to correct before she was two years old. Amy also had developmental and intellectual disabilities. This led her to enroll in special education classes and occupational therapy programs, all of which taught her valuable life skills and gave her a higher degree of confidence and independence. With limited assistance, she was able to work full-time, use public transportation, and live in her own home. Beth says her daughter valued that independence greatly and was always an extremely reliable employee.

“She had several jobs. The last one was at Job Squad in Charleston, they pre-sort the mail. She started there in 2006 and she worked there until she passed away... That was perfect for her. She really enjoyed what she did and hardly ever missed a day of work...And she was a good bus rider. She had those bus schedules memorized frontwards and backwards and I couldn’t tell you what bus goes where!”

In the same year she started work at Job Squad, Amy married her boyfriend Paul, who is also intellectually disabled. He works as a custodian at a local shopping center. Neither job offered employee health insurance, and although they each made less than $20,000 a year, the combined income of the newlyweds made them ineligible for Medicaid. Even though they both qualified for Social Security Disability benefits, working and being financially independent were just as important to Paul and Amy as to any other young couple.

The pair continued working without health insurance for several years before a colleague told Beth about the Medicaid-Work Incentive Network, or “M-WIN,” saying it may be a good solution for her daughter and son-in-law. Beth tells us the program was “a Godsend.”

“It’s for people who actually could qualify for disability, but they chose to work….This was a way that both my daughter and son-in-law could get medical insurance, even though they work. With that program you pay a premium like you would with regular insurance. You pay a premium based on your income.”

The M-WIN program offers people with disabilities the option to pay sliding-scale premiums for Medicaid health insurance based on their income. It enables and incentivizes those who are able to earn a limited income to do so without jeopardizing their health care.

Thanks to Medicaid and the M-WIN program Amy and Paul could continue to work and maintain their independence. Amy in particular with her difficult medical history was able to get much needed care.

Sadly, Amy passed away last year at the age of 40 due to complications from chronic high blood pressure and other health problems. Her passing was unexpected and left an indelible void in the lives of those who were blessed with knowing her. Her legacy is one to be admired by all hardworking West Virginians. Amy’s health care journey reminds us of the value of self-determination and contributing to your community to the best of your ability; and that all people deserve access to affordable health care and the right to pursue the best quality of life that is available to us.

West Virginians for Affordable Health Care is advocating to expand the M-WIN program so more people who work and hit the Medicaid income eligibility cliff can buy into affordable, quality Medicaid coverage.

Beth put it best: “Everybody needs help. Whether you have a disability or not. I want the system to be as good as it can be, for anybody.”